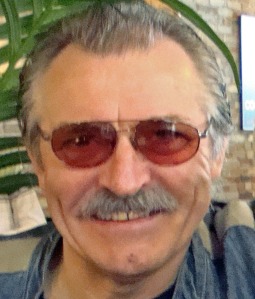 The digital readout on the phone said: “Vallée B.” In addition to everything else he’d accomplished, I told him, he had become a rap artist. He liked that idea.

When he called, I knew it was time for my daily dose of the Vallée B news: another old newspaper pal gone; a new piece of information unearthed for the Edwin Alonzo Boyd book; the trouble editing the Conrad Black biography; the endless frustrations with a publisher over his latest book.

I always got the chapter and the verse. More than I sometimes wanted to know. But that was okay. He was Brian, after all, Vallée B. We talked nearly every day for over forty-two years. I don’t think we ever exchanged an angry word. Lots of jokes and arguments and jibes. But no anger.

The 70-year-old more formally known as Brian Vallée was a great newspaperman, an award-winning broadcaster, and a best-selling author. But to me he was simply and inevitably, Vallée B, that reassuring humor-filled voice on the phone, my closest and dearest friend.

He got me married twice (the second time as best man), helped me through a divorce, ran interference with various girlfriends when I was single, and when no one else would publish me, resurrected a publishing company he helped create, West-End Books, rolled up his sleeves and set about publishing my novel—an act of kindness and unwavering generosity that has quite literally changed my life.

It wasn’t just me, though. Brian was like that with everyone. If you needed help, Brian was there to provide it. He spent too much time trying to help everyone—dying pals, unemployed newsmen, frustrated writers, and wannabe journalists. Brian seldom said no to anyone.

He was handsome and charismatic, larger than life. Everyone he met just naturally gravitated to him. He was one of those people who existed in this special aura that acted as a magnet drawing in everyone he encountered.

I remember the moment I met him— lunchtime in 1969 at the Windsor Press Club. We were both reporters at the Windsor Star. I remember thinking he was somewhat shy and quiet. The next thing, I started hearing rumblings, stories from the late night front lines about this new guy Vallée. Not so quiet, as it turned out. Not so shy. A character.

He liked to play the piano late into the night. He did a little Johnny Cash and less Jerry Lee Lewis. He had a singular fault when it came to piano playing: he did not know a single tune. This, however, did not stop him. He played with ferocity and passion. So what if he didn’t quite know the whole song—or even half of it.

The amazing thing is, no one seemed to mind. Rapturous audiences would demand more. I used to wonder what they thought they were hearing. It wasn’t the music of course—there was no music—it was Brian. Everyone loved Brian.

But there was much more to him than his ability (as impressive as it was) to hold court around pianos. He also worked harder at his craft than just about anyone I ever knew. He took the business of journalism very seriously; the necessity to be accurate and true was paramount to him.

I don’t think he started out as a good writer, but he certainly finished up that way. The mellowing effect of the years, as well as his enduring relationship with his partner,Nancy Rahtz, provided him with a gravitas that opened the way to his finest work.

His last book, The War On Women, is also his best, a well-researched, eloquent cry for help for the victims of domestic violence.

In the past two years, he had become a passionate advocate for vulnerable women,and traveled the country speaking out for them. His fight for more awareness of domestic violence substantially raised the profile of that issue. He leaves a real legacy, a record of achievement few journalists can ever lay claim to.

There was so much more he wanted to do. Brian’s phone calls were filled with ambitious future plans both as an author and as a publisher. I marveled at what he wanted to do, wondered how he would ever get it all done.

But at the same time, those calls were filled with increasing complaints about back pain. He thought he had pulled something exercising. Instead of getting better, however, the pain grew worse.

His doctor sent him to physiotherapists.  They provided no relief whatsoever. He could
not work he was hurting so much. Now when he phoned his voice sounded weak. He
seemed much older. Something was wrong, I said. This had to be more than a
pulled muscle. Finally, blood tests were done. His doctor ordered him to get to a hospital.

He went into St. Michael’s Hospital in Toronto, May 14. He never left. Yesterday morning at 10:33 a.m., with wonderful Nancy at his side, Brian went away. I got there a moment before he left. I took his hand in mine, and he was gone.

So that is how forty-two years of friendship slips off; how the best friends leave. As he escaped away, I shouted how much I loved him, and how much he had meant to me—how I would miss him.

He just kept going. I hope he heard me.