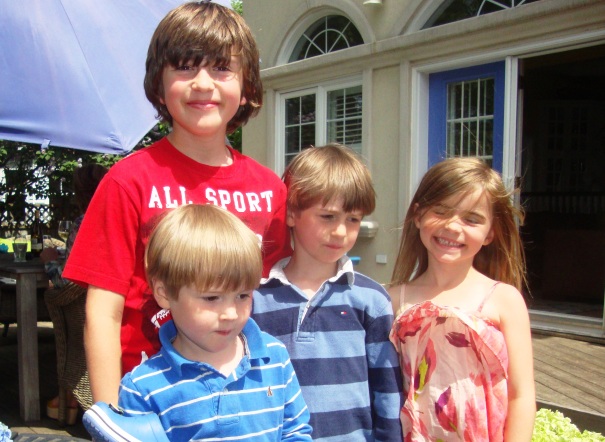 Here is a sentence I never thought I would write: I have four grandchildren.

Because we are a happily extended family, these four—three great boys and an adorable, I’m-not-taking-a-back-seat-to-you-pal granddaughter—have more grandparents than they know what to do with.

At family gatherings, the grandparents tend to swarm the grandchildren, and sometimes they have to be held back by specially-trained Grandparent Police. The grandkids don’t mind all this attention, but for the grandparents, it’s exhausting—you have to stay proactive, otherwise the kids will forget you’re there and look at you with blank incomprehension when you show up for a birthday.

The naming of so many grandparents becomes tricky. You can’t call all of them “Granddad” or “Grandma.” “Granny” sounds too 19th Century. Someone calls you granny, you want to start preserving jam. There are the requisite “Nanas” and “Papas” and somehow my former wife’s husband got the plain, old-fashioned “Granddad.” At least I think he did. I’m never quite sure who’s who, although the kids seem to have it down, and that’s what counts.

By the time my son and daughter got to me, they were running out of grandparent names for their respective families. You could see their eyes glaze over as they focused on me. Laughingly—and I have learned that as a grandparent surrounded by desperate, child-rearing parents, you should never do anything laughingly—I called myself “Grand- Père Ron.” My wife Kathy and I lived in Montreal back then; I was taking French lessons and was trying to be smart.

I should have known better. 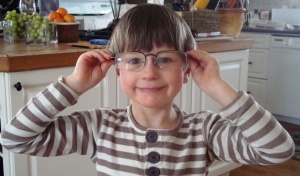 Suddenly, eyes were not so glazed over. A strange light began to shine from them. I was now and forever, Grand-Père Ron. At the same time, Kathy became Grand-Mère Kathy.

I should say here that the last thing I ever expected was to be grand-père anything. I don’t know what I was thinking, but the idea of being a grandparent never crossed my mind. Grandfathers sat in rocking chairs in old movies and Saturday Evening Post covers, white-haired, pulling at their suspenders and bouncing grandchildren on their knees. I was always going to be too young for Saturday Evening Post covers.

Well, you soon learn that you have no influence whatsoever over the decisions that go into making a grandparent. You blink and your kids are grown up and producing families, and you are Grand-Père Ron, whether you like it or not.

To my surprise, I love it. Unexpected pleasures lurk as you cross the uncertain landscape that is generally labeled “Getting Older.” Being a grandparent turns out to be foremost among those pleasures.

The other week, my wife and I, along with the rest of the grandparent herd, attended six-year-old granddaughter Madi’s ballet recital. Three years before, Madi  refused to leave the safety of her mother’s lap to be on stage with the other kids. Now here she was front and center, a little princess in a tutu leading her class to the music of Swan Lake. The tears streamed down my face. Who knew so much pleasure could be derived from the simple act of watching your dancing granddaughter? 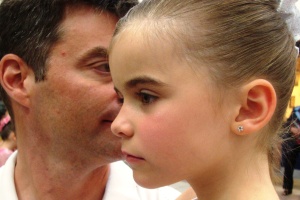 In that wondrous, transforming moment, I understood, finally, that this is what life is about, that in the scheme of things this is how it plays out: the old supporting the young; the young bringing untold amounts of happiness to the old. As my granddaughter smiled her glorious smile and waved from the stage, I thought how fortunate I am to be part of this, how good it is to be alive.

Even if they do call me Grand-Père Ron.

(This column also appears in What’s Up, Canada’s Family Magazine)

3 comments on “Call Me Grand-Père Ron”