I Can’t Stop Watching: Sex and the TV Drama Revolution

We’ll get to the sex stuff in a moment, but before we do, a brief look back…

The first time I visited Los Angeles, I spent a lot of time at Universal Studios. In those days, Universal was a television factory. That was more or less their business. Occasionally, they made a feature film, but basically the studio churned out dozens of TV series, like so many sausages.

You could walk around the Universal lot and run into Dennis Weaver taking a stroll between scenes of McCloud. Peter Falk, looking a lot less rumpled than his Columbo character, stopped for lunch at the Universal cafeteria. 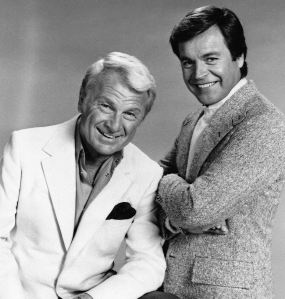 Telly Savalas, reveling in his unexpected TV stardom after years as a movie character actor, held court at the Sheraton Universal when he wasn’t shooting Kojak. Robert Wagner relaxed in his trailer while co-star Eddie Albert did a scene for their series, Switch, with an unknown young actress named Jaclyn Smith.

The world at Universal studios was the world of television in those days: a machine pumping out by-the-numbers crime dramas, safe predictable fare that was never going to offend anyone.

I wrote a lot about the medium back then without ever liking much of what I saw. Like most of the people in the TV business, I wanted to be in movies. At least I wanted to write about them. Television was the bargain basement of the culture; the movies were in the penthouse. Movies were on the cutting edge. Movies mattered. That’s where all the action was.

That was then. Today, if I was a young writer anxious to reflect the cutting edge culture of our time, I wouldn’t write about movies. I would write about television.

A seismic shift is taking place in the popular culture; a revolution the like of which we have not seen before–television, the poor cousin to the movies, has exploded into a remarkable golden age of drama.

I’m not talking about conventional network television. For the most part the big three networks are, like the movies, on life support, still churning out formula police procedurals and Gong Show-type reality crap.

No, the focus these days is on the shows being produced by the cable networks, previously the country bumpkins to the tony sophisticates who lived at the top of the hill at NBC, CBS, and ABC. Cable, which started out as a way of showing more bad television to more people, has transformed itself. 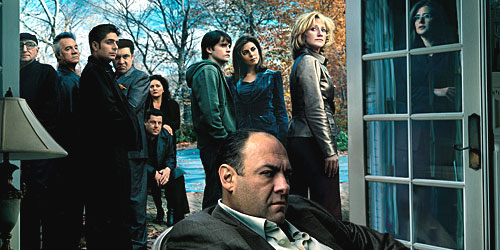 Forced by necessity to find some way to distinguish themselves from their more conventional competition, the cable guys pulled out all the stops and threw convention to the wind. HBO was the pioneer here, producing The Sopranos, the classic series about a New Jersey crime family that became the template for everything that has followed.

At the moment, there is so much great drama available, it is hard to keep up: Mad Men, House of Cards, Orange Is the New Black, Justified, Homeland, Fargo, Boardwalk Empire, The Bridge, Masters of Sex, Game of Thrones, True Detective, The Americans, Bates Motel– and the boldest and best of the lot, Breaking Bad, television’s true masterpiece, a series remarkable in its ability to keep you shaking your head at the many ways it could continually surprise, shock, and amaze.

This is only a partial list of the shows to which I have become addicted. I’m also in love with such British series as Downton Abbey (now wearing a trifle thin), Broadchurch, The Fall, and the British-New Zealand-Australia co-production, Top of the Lake.

These shows are like great novels–not surprising that many of them are adapted from books (i.e. Game of Thrones) often by novelists–unfolding in the most unexpected ways. They are bold, provocative, sexy, refusing to play by any rules other than the rule of keeping their audiences guessing as to what’s going to happen next.

How did this happen? How did cable television get to be so good seemingly overnight?

In movies, the writer is an easily replaced serf, discarded like Kleenex. Movies are mostly produced by committee. If any one person oversees what gets on the screen, it is the director, and he usually has little interest in anything the writer might have to say. Go to just about any movie released this past summer, and you can see the results of that kind of attitude. 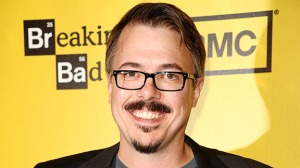 In television, by contrast, the writer is king, with an accompanying freedom and power unheard of in movies. In a remarkably short period of time a group of talented writers–David Chase (The Sopranos), Matthew Weiner (Mad Men), Vince Gilligan (Breaking Bad), Jenji Kohan (Orange is the New Black), Nic Pizzolatto (True Detective), David R. Benioff and D.B. Weiss (Game of Thrones)–has produced work of a quality never before seen in television or movies.

Who knew there was this much writing talent available in Hollywood–certainly not the people who produce feature films.

Having meaty, multi-layered characters to dig into has inspired a level of performance unimaginable when I was talking to actors like Telly Savalas and  Robert Wagner on the Universal Studios lot. Nice guys, but they weren’t exactly breaking a sweat in front of the camera. These days, the stars of cable weekly give the performances of their lives.

It’s no surprise that Kevin Spacey can bring such deliciously serpentine evil to House of Cards.

But who knew that Bryan Cranston, an actor best known for his recurring role on Malcolm In the Middle, could plumb the depths of Walter White in Breaking Bad? Or that Claire Danes, not previously acclaimed for much of anything in movies, could carry off a bipolar CIA agent for Homeland and create one of the most interesting and multi-dimensional characters in the history of television–not to mention bringing welcome relief from the trauma ward full of messed up men who predominate in TV drama.

Now we get to the sex.

It isn’t just great writing and acting that draws us in. On cable television there is nothing you can’t do, so cable does just about anything. Dressing these shows up as great drama acts as a marvelous cover for the most overt sexuality, far beyond anything seen in theatre or movies or  on chaste, conservative conventional television.

Last year when Martin Scorsese’s Wolf of Wall Street was running into censorship problems and getting all sorts of attention because of its supposed sexual explicitness, you could only chuckle and shake your head. The Wolf of Wall Street couldn’t match a single episode of the very aptly titled Californication.

Those who continue to flail against the evils of movie sex obviously aren’t watching cable television. There the inmates have taken over the asylum, and they are fornicating like crazy.

In little more than a week, the Toronto International Film Festival gets underway with the attendant hoopla not available, so far, to even the most acclaimed TV dramas (although the Emmy Awards will give it a shot Monday, Aug. 25).

Hollywood and the independent film world will unveil the few seriously intentioned films that the industry can still produce, in time for Academy Awards consideration, the promise of an Oscar being about all that keeps the movie business from being turned into a wall-to-wall Marvel comic.

I’m certain there will be some worthy movies among the offerings at TIFF. But in the face of what I am seeing nightly on my (admittedly pretty big) television screen, I can’t rouse much enthusiasm.

One predicts the end of anything at one’s peril, but the movies, if not endangered, are tired and limping, playing old tropes and plot devices that no longer fool anyone. Television drama, by contrast, is alive with energy, originality, and the promise of even greater things to come.

Not to mention a whole lot of people without any clothes on.

5 comments on “I Can’t Stop Watching: Sex and the TV Drama Revolution”