In the new South Africa, the poor and the oppressed have been turned into a tourist attraction.

The townships on the flatlands outside Cape Town once were a symbol of the worst excesses of apartheid, the white supremacist South African government’s attempt to permanently separate the races by evicting thousands from urban centers and forcing them into squalid settlements.

The townships are stark reminders of the enduring legacy of apartheid. But rather than pretend they don’t exist, enterprising local entrepreneurs have opened the townships up to tourists.

Thus, you can also visit Robben Island, a flat piece of scrubland set down in Table Bay. This is where you find South Africa’s most notorious prison, housing political dissidents since the seventeenth century, the place where Nelson Mandela spent eighteen years of his life before being released in 1992. The prison itself is now closed, and has been turned into a museum, a World Heritage site, and Cape Town’s most popular tourist destination. 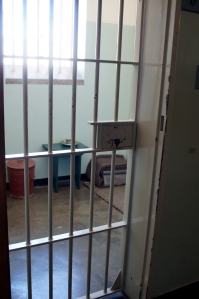 Each day, boats bring fifteen hundred visitors from around the world anxious to see the tiny cells where Mandela and other political prisoners were housed. Guided by former Robben Island inmates, you are taken through a maze of one-story stone buildings and courtyards—the B block containing the cell where Mandela was housed and the particularly stark C Block where troublesome prisoners were placed in solitary confinement, sometimes for years, unable to speak to anyone, not even the guards.

There is, of course, a Robben Island gift shop where you can buy souvenirs, everything from key chains in the form of—you guessed it—a key, to T-shirts and coffee mugs. The guide on the first leg of the tour, a bus trip around the island, tells jokes and wants to know if anyone is celebrating a birth or an anniversary.

Our guide inside the prison doesn’t tell jokes. A tall, raw-boned man wearing dark glasses, he was housed on Robben Island for six years during the eighties after being beaten and tortured.

The key chains and shopping bags aside, there is something profoundly moving about the experience of being inside these cold grey prison walls, the physical reality of man’s calculated inhumanity to his fellow man. It is also a reminder of the eventual failure of the totalitarian state, the inability of one group of people to subjugate and separate the members of another group.

Khonaye Tuswa, whose name everyone pronounces as Conor, is one of the young entrepreneurs bringing tourism to the townships. He argues that apartheid in a way succeeded because townships like Langa, where we are visiting this morning, instead of being dismantled at the end of apartheid, have become permanent fixtures on the South African landscape.

The difference now, Khonaye continues, is one of attitude. Because township residents can now own their homes, something they could never do during the apartheid era, there is a renewed sense of pride and community.

Khonaye cleverly promotes his tours not as a chance to see how the poor of South Africa continue to suffer, but as an opportunity for outsiders to witness the spirited optimism of people moving forward with their lives despite their limited circumstances.

The message reaffirmed repeatedly by Khonaye and his township partner, Zingi, is one of hope—and patience. Rome was not built in a day, Zingi says as he leads us through the streets of Langa, teeming with residents out on a Saturday morning. The townships won’t change overnight either, and change has certainly been slower than anyone would have hoped thanks to a corrupt central government. But change will come, he asserts passionately. 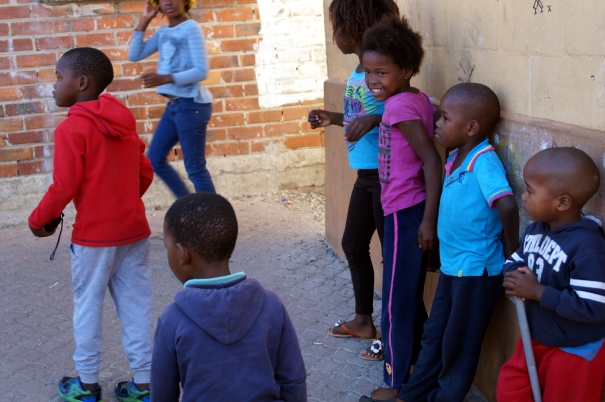 Originally built to house eight thousand residents, Langa bursts at the seams with over fifty thousand, including the squatters living on the outskirts in jerry-rigged huts without electricity or running water. From the outside, this is often the unattractive face of the townships.

As our guides are eager to point out, however, once you enter, the face begins to change into a more settled community. While one street features the corrugated metal huts often seen in township photos, another looks like any suburban neighborhood lined with neat, clean bungalows.

Still, for all the passionate optimism of people like Khonaye, the country remains sharply divided along the racial fault lines formed by history and the original architects of apartheid. The blacks reside mostly in townships like Langa.

Up the road, the irrepressible Kobus Oliphant, former school teacher, preacher, paralegal, driver, and guide, shows us around Stellenbosch. This is the town, located in the wine country, set against dramatic mountain vistas, where Kobus was born and grew up in a “colored” Afrikaner community, higher on the social scale than the blacks in the townships, therefore much more residential and established.

In Cape Town, the white Afrikaners live on the east side of Table Mountain; the white people of British origin are on the west. You do not see many blacks in either part of town, other than in service jobs.

A tourist visiting Cape Town for the first time sees little of this racial divide. Mostly, one is greeted by friendly, helpful people providing services at prices unheard of in North America in a beautiful European-like city against the picture-perfect backdrop of Table Mountain, Lion’s Head, and Signal Hill. Driving through seacoast communities like Sea Point and Camps Bay it is not hard to believe you are in the South of France. Coming down from Signal Hill at dusk you could be on the Amalfi Coast.

The harsh reality of South African life can intrude even in Cape Town. One night as we leave a seaside restaurant after yet another of the superb meals Cape Town offers, we encounter a man on the ground in the parking lot being administered to by emergency medical personnel. Not far away, a woman sits calmly holding a baby. A small boy, her son, trembles beside her.

The woman says the man on the ground is her husband. She stabbed him because he beat her every day. She was tired of it, she said, so she plunged a knife blade into his chest.

The first responders working to save the man are not happy at the presence of intruders. This is not a tourist attraction late at night in Cape Town. This is life and death.

You are angrily reminded there is still a difference, and sent on your way.