The Guy Who Fired Robert Redford (and Forever Changed Movies)

When I did that sort of thing for a living, one of my favorite people to interview was the producer Richard Zanuck, who died of a heart attack last  week at the age of seventy-seven.

Zanuck was stiff and formal, handsome in a patrician sort of way, as befitted a guy who graduated from Stanford, but he was also honest, and if you asked him a straight question about Hollywood, he usually gave you a straight answer.

What’s more, talking to Dick Zanuck was, in effect, talking to the last man standing in Hollywood, someone who had been around for much of the sound era of movies and didn’t mind talking about it.

His father was, of course, the legendary mogul Darryl F. Zanuck, the brash, cigar-chomping, polo-playing, womanizing founder of Twentieth Century Fox. The son was to the manner born. 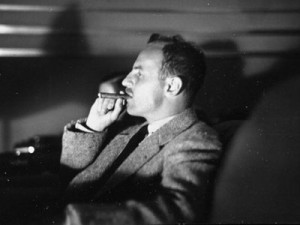 Dick Zanuck produced his first movie, Compulsion, when he was twenty-five. By the time he turned twenty-eight he was running Fox, the studio that produced The Sound of Music, one of the most successful movies of all time.

He was present for the last gasp of the old studio system and in fact helped put the final nails into its coffin by presiding over the series of box office duds (Hello, Dolly, Star!, Doctor Doolittle) that almost finished off Twentieth Century Fox (although he also was responsible for greenlighting such groundbreaking films as M*A*S*H, Patton,The French Connection, and Butch Cassidy and the Sundance Kid). His own father ended up firing him.

He rebounded quickly–one of the things he told me a number of times is that you have to get used to rejection; an invaluable lesson–and in partnership with David Brown stopped briefly at Warner Bros. (where he put The Exorcist into production), before they ventured out on their own and produced The Sting.

They gave a young director named Steven Spielberg his start in movies (with The Sugarland Express) and then assigned him to their next project, something called  Jaws, based on the novel by Peter Benchley that Brown’s wife, Cosmopolitan magazine editor Helen Gurley Brown, first came across.

That movie changed everything.

Until Jaws, movies were released in a few theaters and then slowly rolled out to cities and towns around the country. It was decided to release Jaws in hundreds of movie houses the same summer weekend in 1975. Audiences flocked, and movies were never the same again.

Jaws also marked the beginning of the blockbuster mentality that now dominates in Hollywood. The man who ran the last of the old-time studios was now the independent producer ushering in a new and profoundly different era of filmmaking. 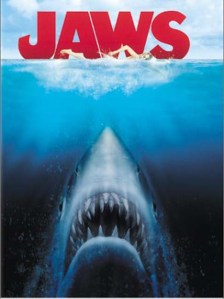 By the time I met them, Zanuck and Brown had been together since their Fox days.They were a pair. Brown was very much an East Coast guy, courtly, moustached, impeccably dressed, also a graduate of Stanford, a former journalist who had been head of the story department at Fox; Zanuck, by contrast, was the tanned, blue-eyed California kid, nearly twenty years younger than his partner, and not always nearly so popular.

“Zanuck became a schmuck if you ask me,” says veteran publicist Dick Delson who worked on Jaws with the two men. “But I loved David. David was always a gentleman; Rich wasn’t.”

Zanuck and Brown shared two things in common, though: they had a knack for finding good, commercial material and they were both, appearances aside, tough as nails.

I once asked David Brown how close actor Joel Grey had come to winning the part in Jaws that was eventually played by Richard Dreyfuss. “Close isn’t good enough,” he snapped. End of Hollywood story. 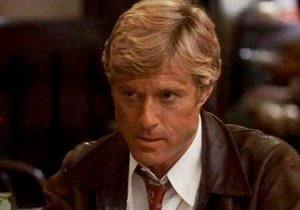 How tough were they? Here’s how tough: after they acquired the rights to a courtroom thriller titled The Verdict, everyone in Hollywood was interested in playing the role of the alcoholic Boston lawyer Frank Galvin who mounts a malpractice suit against the Catholic archdiocese. Even Cary Grant, who had retired from movies in 1966, phoned to ask about the part.

“Never before in our careers have we had the kind of property that attracted that kind of attention,” Zanuck told me at the time.

However, Robert Redford was the flavor of the moment, and the two producers desired him, even though both had notoriously resisted the idea of casting him in Butch Cassidy and the Sundance Kid. Redford appeared to be very interested, except for one thing: although he agreed to be in The Verdict, it seemed he didn’t want to play Frank Galvin.

“When he realized he’d have to let the warts show, let it all hang out, he backed off,” Zanuck said. “Every time a scene was written in which he looked boozy and ill-kept, unshaven, he resisted.

“He wanted to be a family man. Frank Galvin, in his estimation, had kids and was a nice, clean-cut guy–a kind of boy scout version of the character. This is not what we conceived at all.”

They went through ten drafts of the script and any number of writers trying to please Redford. Still, he was unhappy, not saying no, but never saying yes, either. Finally, Zanuck and Brown had had enough.

“We were sick of it, quite frankly,” Zanuck recalled.

They did the unthinkable. They fired the number one box office star in the world. You didn’t do that to Bob Redford. But they did it and then took the project to Paul Newman who immediately said yes.The Verdict was one of the big hits of 1982 and won Newman an Oscar nomination for what became one of the cornerstone roles of his career.

During filming, Newman turned to Zanuck and Brown who had produced both Butch Cassidy and The Sting, and asked them when they were going to come up with another project for himself and Redford.

“We already have,” Zanuck said. “It’s called The Verdict.”

Ironically, despite the vast influence he had on movies, the number of hits he produced, Zanuck never actually won an Oscar until 1989 when Zanuck and Brown along with Zanuck’s third wife, Lili Fini Zanuck, won a best picture award for Driving Miss Daisy. 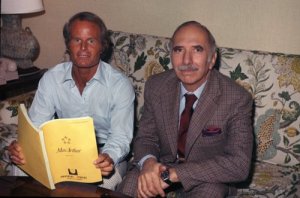 That marked the end of the long collaboration between the two men. Zanuck formed a new company with his wife. Brown who did just fine on his own (A Few Good Men) died in 2010 at the age of 93.

It would be easy to say that the sea changes in the sort of movies Hollywood makes left an old-time producer like Zanuck out in the cold. But in fact the man who produced The Sound of Music, fired Robert Redford, and changed the movies, adjusted nicely to the new computer generated Hollywood.

He outlasted everyone. We will not see the like of him again.