Blowing Out the Candles at Frank Sinatra’s Birthday Party 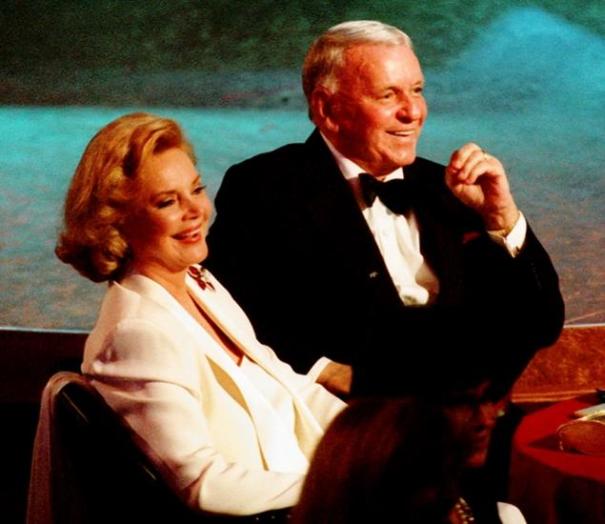 Frank Sinatra will not attend his hundredth birthday this month. However, Frank was at his eightieth birthday party. I know because I was there with him. You might say I helped him blow out the candles.

Mind you, we weren’t alone. The Shrine Auditorium in Los Angeles was filled with hundreds of well-wishers. An eclectic gathering. You could turn around and nearly bump into Louis Jourdan, the star of Gigi, still looking great all these years later. Were Frank and Louis friends? Who knew?

Not far away, Gregory Peck, a longtime Sinatra pal, huddled with Anthony Quinn, and you couldn’t help but think, Wow, the two stars of The Guns of Navarone together again.

A petite young woman sheathed in white, looking absolutely spectacular, floated past. This turned out to be the then-unknown Selma Hayek. Was Selma a friend? Was I?

Well, no, not really, and probably not Selma, either. I had encountered Sinatra once before in 1975 when he returned to the concert stage after a brief retirement. Ol’ Blue eyes was back and appearing at Toronto’s Maple Leaf Gardens. Harold Ballard, who owned the Gardens (and the Toronto Maple Leafs), had gone to a great deal of effort and expense to attract Sinatra and there was excitement of the kind ordinarily reserved for visiting royalty and heads of state.

I thought of Sinatra as not much more than a talented thug, what with his organized crime connections, his disdain for the press, and his increasingly throwaway movies (Dirty Dingus Magee, anyone?). In the youth-obsessed, disco world of 1975, Frank Sinatra seemed an anachronism, the boozy, chain smoking, broad-chasing personification of Las Vegas cheesy.

With that kind of attitude, of course I was assigned by Toronto’s Sunday Sun newspaper to do a piece in advance of his visit. I phoned around the country, talking to anyone I could think of who might be able to provide insight into the Sinatra legend.

I interviewed everyone from Hank Greenspun, the editor and publisher of the Las Vegas Sun, who knew Sinatra personally, to Nat Hentoff, the respected arts critic of the Village Voice, who had written about him extensively. Somewhat to my surprise, everyone I talked to had mostly good things to say about him. Greenspun said he had never seen his friend’s dark side. Everyone talked about how generous and caring he was. Good ol’ blue eyes.

By the time I finished the article, I was intrigued enough that when my wife at the time, Lynda, managed to get her hands on concert tickets, I reluctantly went along, expecting to see an aging crooner, just out of retirement, voice fading, leaning hard on past glories.

But from the moment he stepped on the circular stage running through the Gardens he cast a spell and created an excitement that even a skeptic like myself couldn’t resist. It helped that we sat close enough that I could have reached out and touched him.

Dressed in trademark black tie, backed by a full Nelson Riddle orchestra, he transported us all back to a mythical world shimmering in black and white, where beautiful women in evening gowns sipped martinis in smart night clubs, and the music swept you away.

When he sang Harold Arlen’s “One For My Baby (and One More for the Road)”, the highlight of the evening, I was choking back tears. My wife and I, along with everyone else, floated out of the Gardens when it was over. It was one of the most romantic evenings I have ever spent, and I spent it with Frank Sinatra.

Nearly two decades later, November 19, 1995, at the Shrine, the night celebrating Sinatra’s birthday was more head-scratching than it was romantic. At the beginning, Sinatra was trotted out, once again in black tie, looking pretty darned good, it seemed to me, considering his age and the fact that he had spent most of his years drinking Scotch, smoking cigarettes, and staying up to the wee small hours chasing dames.

He was introduced by Bruce Springsteen, the first in a series of unlikely musical guests. Sinatra smiled, waved, more or less acknowledged the standing ovation, and then Springsteen escorted him over to a small table with a red table cloth to the left of the stage where he was seated with his wife, Barbara. That was the last we heard from him.

Springsteen was a fellow Jersey boy, so that more or less explained his presence. Bob Dylan, who followed, was an admirer. Patti LaBelle, Hooti and the Blowfish, Tony Danza were more problematic, as was Little Richard, who, if anything, represented the rock n’ roll Sinatra detested and that at one time nearly put him out of business. There was no sign of Dean Martin, Sammy Davis (who had died five years before), Shirley MacLaine or any of his pals from the Rat Pack era.

The only performers you could readily associate with Sinatra’s past were Vic Damone, Steve Lawrence, and Eydie Gormé. Tony Bennett, who Sinatra once said was the singer he most admired, was there, too.

It was hard to imagine what Sinatra thought of all this. Those of us in the theater spent the evening staring at the back of his head. The subsequent television broadcast cut occasionally to him smiling—or not—generally looking slightly distracted. After all, he had spent a lifetime being feted and celebrated, this night with people he barely knew, wasn’t going to shake him up too much.

At the end, everyone gathered on stage to sing, not “My Way,” which might have been expected, but “New York, New York,” forgetting for a moment we were all in Los Angeles. Sinatra was brought onstage for the finale, and he actually sang into a microphone, although you could barely hear him.

Afterward, at the backstage after-celebration celebration, the Birthday Boy was a no-show. Springsteen sat for a time with his wife Patti Scialfa. Mike Myers chatted with Martin Short while I wondered yet again at the strange mix of celebrity the night had attracted. Out back, the TV crew who had worked on the broadcast wasn’t looking at what they had taped. They were mesmerized by a special about lost Beatle songs that recently had been released.

That night pretty much marked the last time Sinatra appeared in public. Less than three years later, suffering from various illnesses, including dementia, he died of a heart attack.

The years since have been kind to him. Freed from the constant stories about his mob connections, his women, his temper, the whole Rat Pack thing having lost its louche trappings and taken on a kind of hip nostalgia, we have Sinatra singing, the way he was that long ago romantic night at Maple Leaf Gardens, the way he wasn’t at the Shrine auditorium when everyone showed up for his eightieth birthday.

I was there, too. Good ol’ Frank. My pal. Did I mention I helped blow out the candles?